Today is two whole weeks since Squishy left us. In some ways it feels like five minutes. In other ways it seems like an absolute life time. It’s been two weeks of to and fro and up and down. Two weeks of anger, upset, good days and bad days. But importantly, we have survived it.

The bleeding stopped two days ago. I’m so thankful for this as there is now no physical reminder of the event. I don’t think of Squishy every time I have to use the bathroom. I still think of our baby, of course, but I have a lot more control over the thoughts now and it is much easier. Today, I did the pregnancy test that the hospital gave me last week. There is a squinter of a line, but for the most part it is negative. 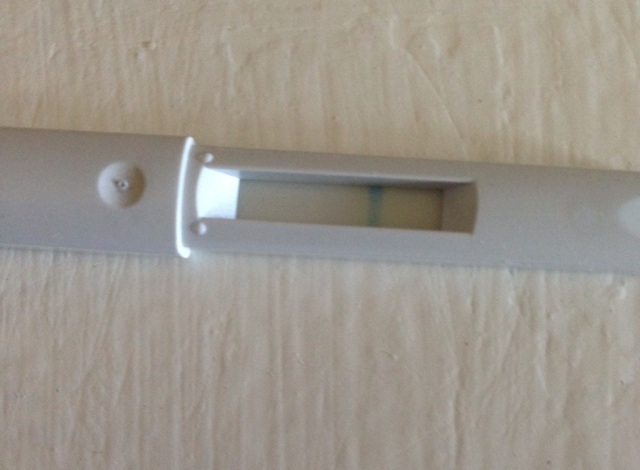 So, we’re starting OPKs. I did one today and it is (obviously) negative and I’m hoping it will turn positive in the coming couple of weeks. Superhero Donor has already volunteered his services, for which Amy and I are eternally grateful. Things are made easier when you have a great donor to work with.

I’ve been doing a little research on vitamin D. The week before my last period (the cycle we conceived Squishy), I had my vitamin D tested. It was juuuuuust a bit on the low side…

As you can see, levels are meant to be much higher than mine. My doctor put me on high dose vitamin D, to be taken for six weeks. I took it every single day without fail. That month I ovulated early and I got pregnant. After two years and four months of trying could it actually have been as easy as low vitamin D was the problem? Unfortunately, it was when I stopped taking the vitamin D that Squishy stopped developing.

I’m not saying there is definitely a link between the two, but it certainly seems like something to have a look into. I have a doctor appointment next week with the fertility doctor, so I will be discussing it with him and asking to have my levels tested again. I had never realised how important vitamin D was when trying to conceive. I read a statistic that suggested of a test group of couples with infertility issues, 93% of them had low vitamin D. That’s a statistic worth thinking about. So, in the mean time I have upped my vitamin D intake and will await the advice of the dr and results of the blood test.

So, here begins the start of a new chapter. I really hope we don’t have to wait another two years to conceive our rainbow, but for now we will be taking each day as it comes. Hopefully luck will strike again.

3 Responses to The Next Chapter