You know the days that make a difference? Where, just for that day, everything is ok? Last Saturday was one of those days.

We went to The Baby Show at Excel in the morning. It was good fun and Eden had the BEST time playing, walking around and collecting as many balloons as she could get her hands on. We also ran into the lovely Naomi from ‘Not A Perfect Parent’ and her other half and adorable little Lola. Eden had a lovely time playing on the ride on toys from Peg Perego and just genuinely being the happy little girl that she is. More on that in a seperate review post.

After the show, we headed over to Greenwich for a wander in the park – because they have the BEST dogs in Greenwich!- and for Eden to meet the person with whom she shares her name. Right back when we were trying to concieve, right from the start we knew that if we had a little girl, her name would be Eden Violet. Violet comes from my mum, who was Jean Violet (but everyone called her Vie) and who passed away in 2007. We didn’t much fancy Jean or Violet as a first name, but it fitted well as a middle name so that was that.

I always thought it would be quite cool to be named ‘after’ someone, so when it came to first names Amy and I chose Eden – a nod to Eden Espinosa. Amy and I met in 2006 through theatre and musical theatre has always been a massive part of our lives. There have been many people in that time who have influenced us and been a part of our story, but Eden made an impact larger than most. I often talk about how names have connotations – for example I’ve never met a nice Alice and kids called Henry are usually cheeky little so-and-so’s. Obviously I’m vastly generalising here, but I’m sure those of you who have chosen names for little ones have avoided certain names because of people who have shared them and leaned towards others for the same reason. Our name for a little boy was actually Taylor – a nod to the song ‘ Taylor the Latte Boy’, so theatre is often present in our decision making.

So, when it came to choosing a name, Eden was an obvious choice for us. Without going all fangirly here, Eden (Espinosa) is talented, genuine, and all around someone I think I would be proud to say I was named after if it were me. We wanted to choose a name that showed strength, creativity and determination and both of us agreed on Eden.

Anyhow, so back to Saturday. Eden is in town at the moment doing a show at the Greenwich Theatre. We had seen the show – Lizzie, based on the story of Lizzie Borden – a week or so before on my birthday. Obviously an axe murderer rock musical with more than one or two F bombs wasn’t the place for an impressionable fifteen month old, so we arranged a date to get together for a coffee so Eden could meet Eden.

You guys, it was the best. It’s always lovely to spend some time with someone who has been there for a number of years. Obviously we don’t see eachother or even speak that often, but pretty much since I discovered musical theatre, there was Eden. So, I won’t lie and say that a part of my brain wasn’t going ‘omigod’, because it was, but at the same time it was just so good to catch up and to introduce the little girlie to the person who inspired our name choice. We had a lovely hour or so catching up over coffee and our Eden was her usual perky self, despite the table ending up pretty much covered in rice cakes and cheesy straws – toddlers, huh?

Anyhow, so I wanted to write this up and share this picture because it’s important to me. Our name choice is so special to me as it comes from a time long before we had a baby. The name is part of our story. If you’d have told fifteen year old fangirl me and the me that was deep in the infertility trenches that we would be catching up over coffee with Eden Espinosa and mine and Amy’s daughter Eden, I think my head might have exploded.

And of course, as with meeting anyone new, Eden passed out on the way home and Amy and I got an hour or so of peace – hooray! 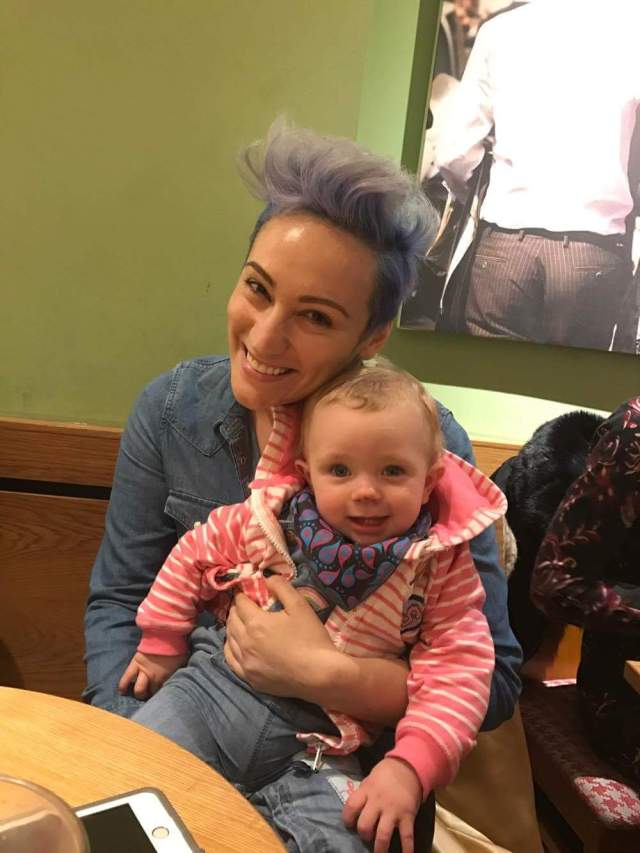 7 Responses to When Eden Met Eden…